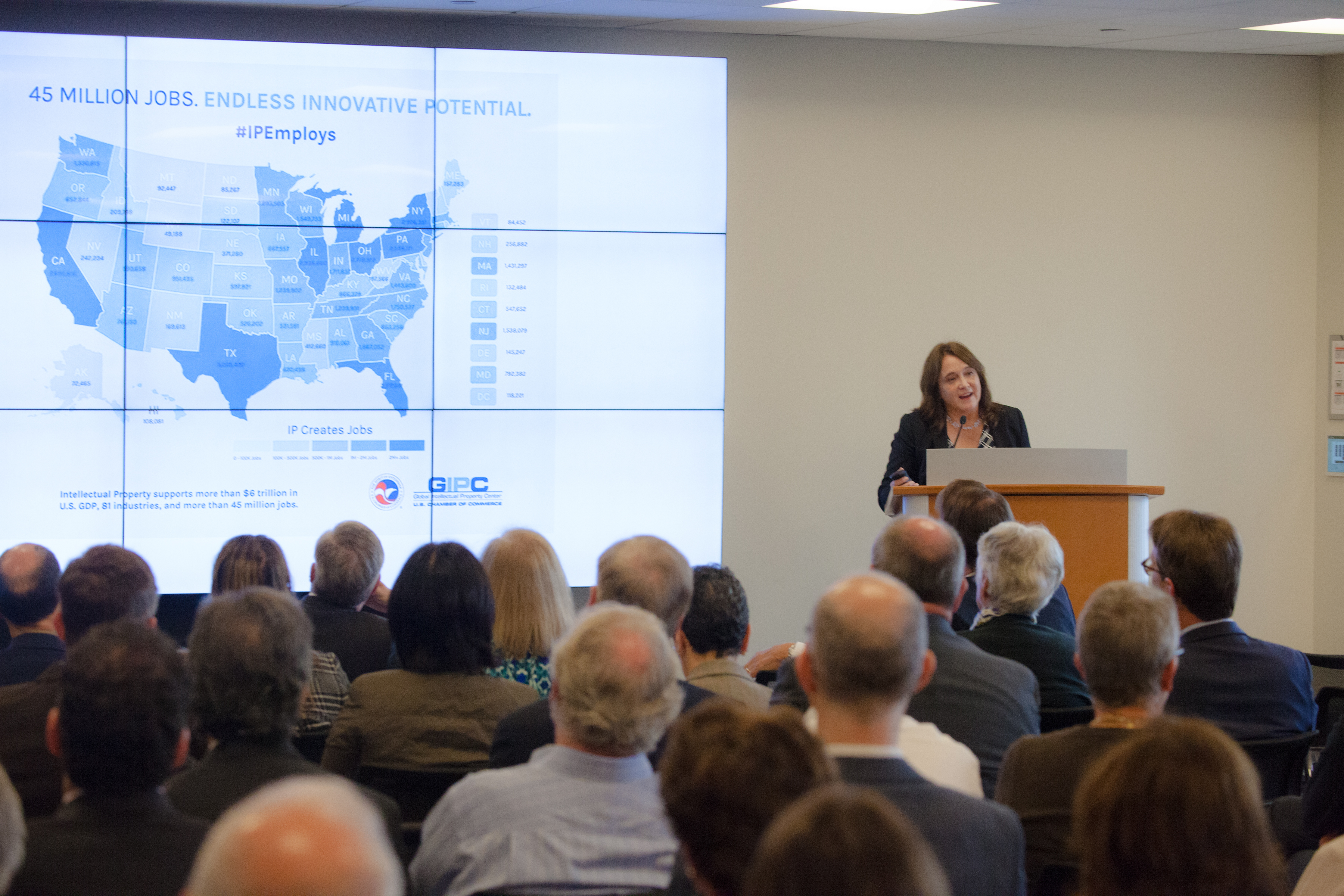 This year’s Association of American Publishers’ general annual meeting left the more than 200 AAP members and invited guests invigorated about both the future of the organization and the industry it represents. Focused on the meeting theme, Publishing and Public Policy, the speakers highlighted the invaluable role of publishing to culture, education, political discourse, and the economy. The meeting took place September 20, 2018 in New York and received high marks from all sectors.

AAP Chair and Penguin Random House CEO Markus Dohle kicked off the meeting by welcoming the audience to the “New AAP.” He noted how energized the Board has been in recent months as AAP has refined its strategies under the direction of AAP’s President and CEO Maria A. Pallante, noting that the entire Board came together to discuss AAP’s path and is committed to its advocacy mission. He stressed AAP’s important focus on supporting laws and regulations that “incentivize the publication of creative expression, professional content, and learning solutions.” 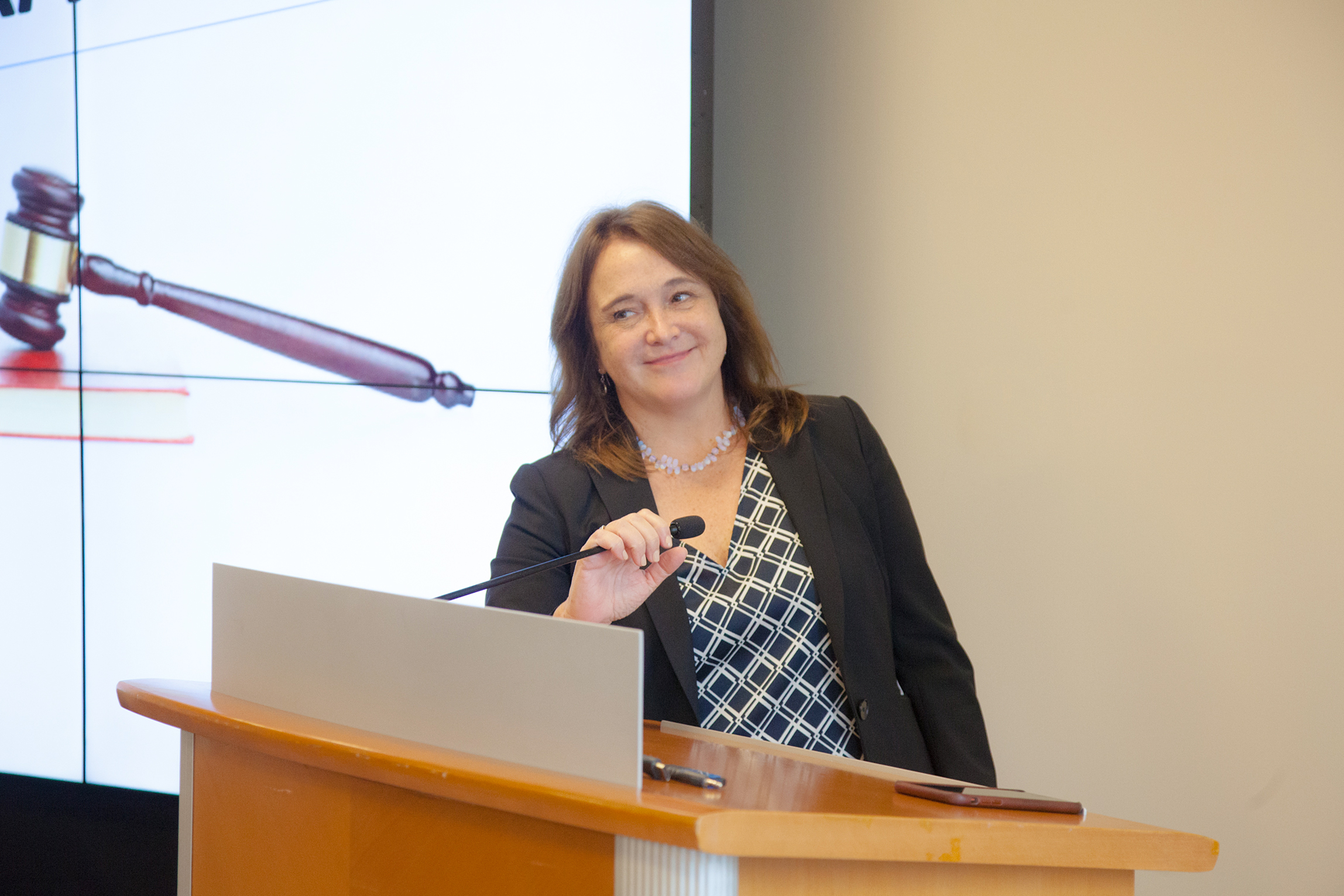 AAP President & CEO Maria A. Pallante was then welcomed to the stage, thanking the Board of Directors for their service as the organization underwent change, with special thanks to Dohle for serving as Chair during such an important period. Pallante light-heartedly noted that the organization’s headquarters are located in Washington D.C. and that AAP is ALL CAPS, in support of the Washington Capitals’ 2018 Stanley Cup win. She updated the audience on AAP’s work during the year, not only with Congress, but with many government agencies and on complex issues in Washington and abroad. She noted that, “AAP is focused on outcomes that really incentivize publishers to invest in authors, and to produce and distribute and otherwise make available a wide diversity of creative and professional content.”

Pallante shared several highlights from the year, noting that AAP has been known to defend the First Amendment, protect copyright interests, promote the marketplace innovations of the industry, and remind policymakers of the 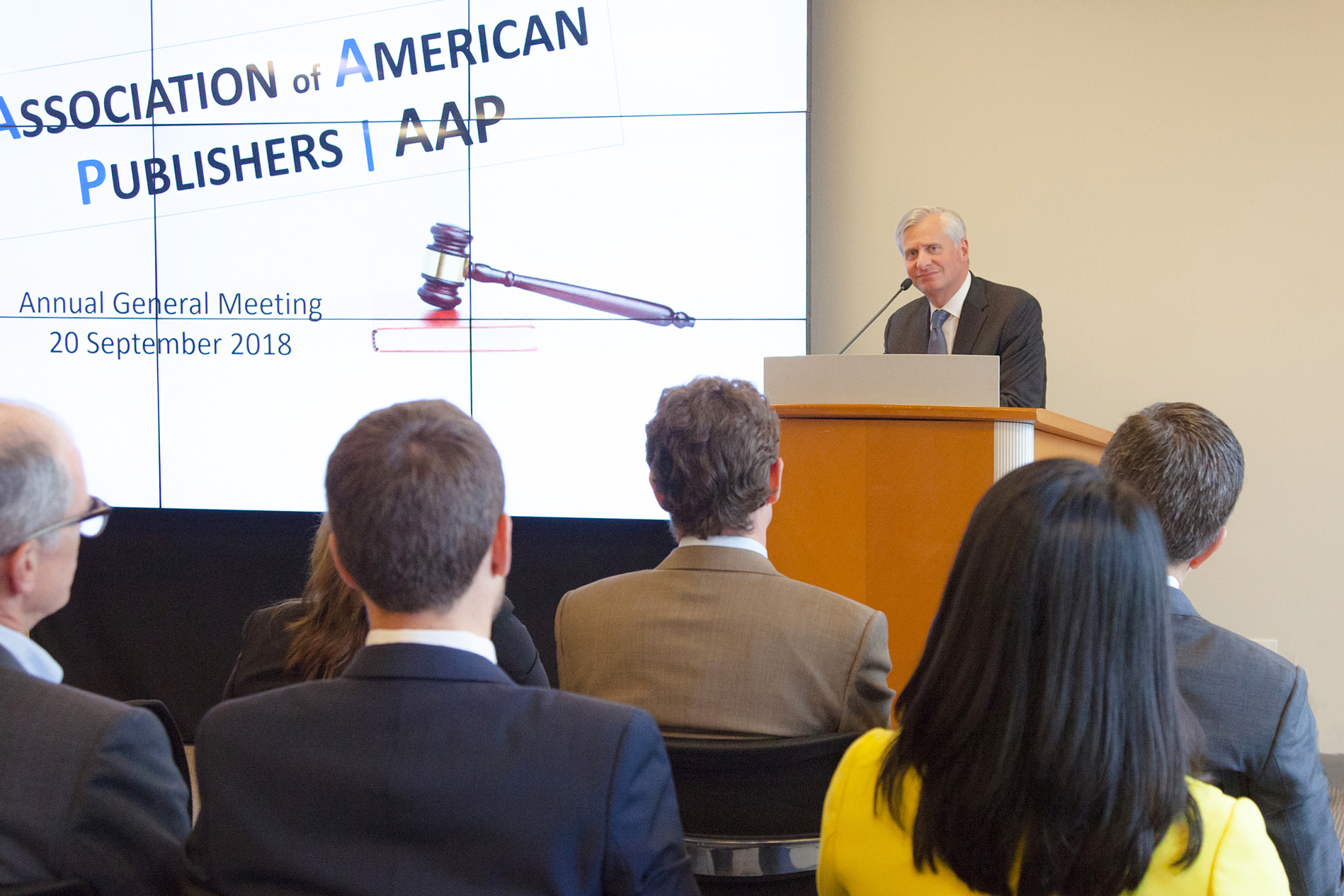 tremendous value of publishing (and intellectual property, more generally) to culture, education, research, and the economy. She thanked AAP’s many partners in the United States and abroad.

The attentive audience contemplated the critical role publishers play in a democracy in an uplifting keynote speech about the current state of political strife by Pulitzer-prize winning author Jon Meacham. Some things he noted that have been and continue to be important to democracy are the free flow of information, economic growth, and a “disposition of heart and mind that made us think bigger than just about ourselves.” He acknowledged the role that publishers and the media play in providing dialogue, stating “what has saved us is that idea of speaking freely, thinking freely, and becoming the best we can be.”

AAP gave the Distinguished Public Service Award to Rep. Doug Collins (R-Ga.), Vice-Chair of the Judiciary Committee’s IP subcommittee and Co-Founder and Co-Chair of the Creative Rights Caucus in the U.S. House of Representatives. Speaking for the Board of Directors, Pallante noted, “Congressman Collins perfectly embodies the spirit of this award because he truly understands the value of published works and the importance of the broader creative communities.” 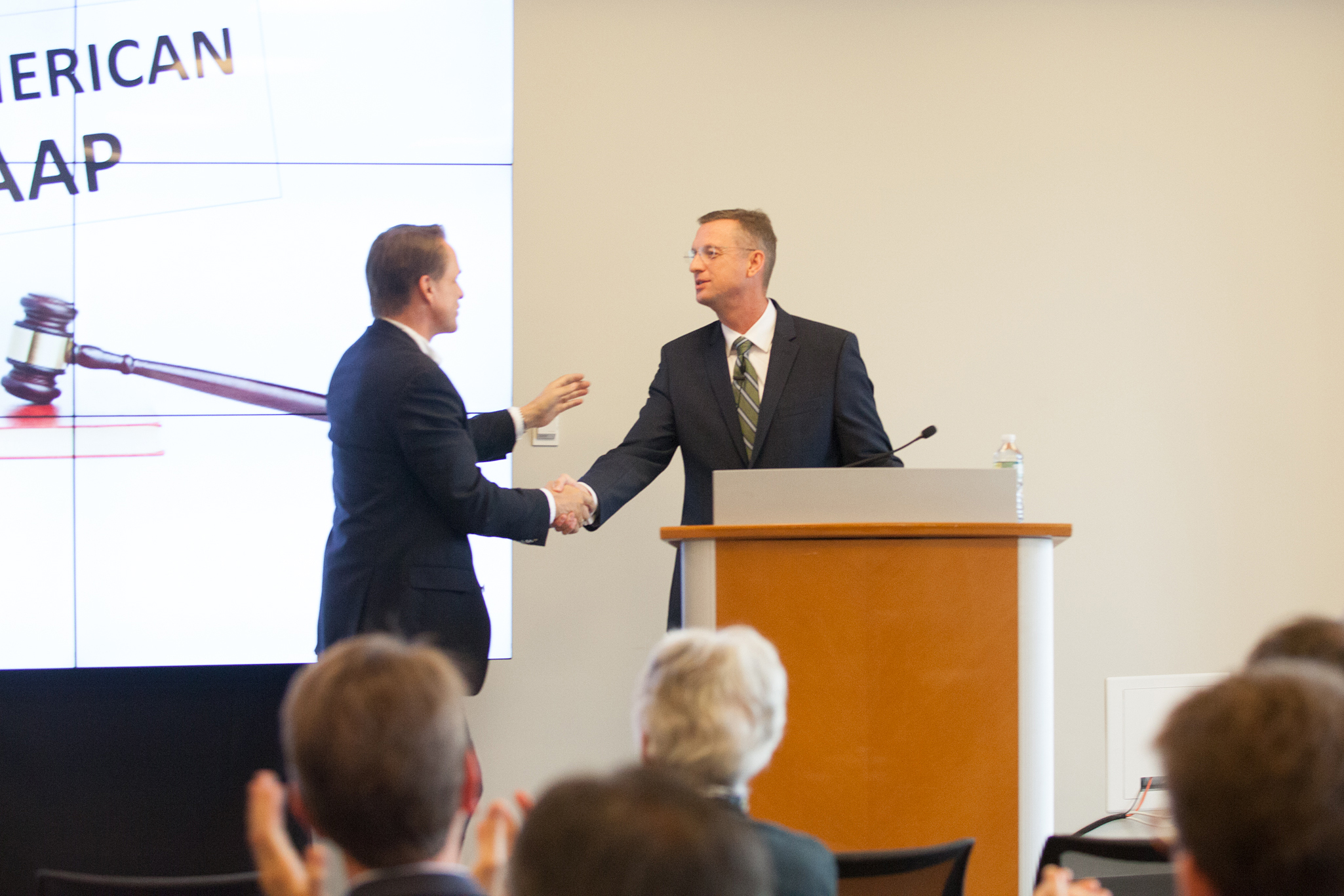 The Award honors an individual who has made outstanding contributions to the public good by advancing laws or policies that respect the value, creation, and publication of original works of authorship. Collins spoke to the room about public service as well as creativity, stressing that copyright protection is important to a vibrant creative ecosystem. “It all starts with a moment of creative genius,” he said. “If we do not come back to the idea that the creative spark is inherently valuable, then nothing you have is worth anything.” For more information about the award, click here.

In a timely presentation about competition and consumer protection, Benjamin Marks of Weil Gotshal & Manges addressed key questions in the era of “big tech.” In June, the Federal Trade Commission (FTC) announced hearings and invited public comment on whether its competition and consumer protection priorities and policies should be adjusted because of change to the country’s economy, evolving business practices, new technologies, or international developments. Some questions regulators are considering, among others, include whether the unique nature of digital platforms should afford them special treatment, as well as the impact data collection (for companies like Amazon) has on competition. The hearings are already underway, with several more to be held into 2019 on 11 topics outlined by the FTC in its initial Request for Public Comments. Marks also noted that in a time when it’s common to hear cries of “fake news,” publishers can play an important role in the delivery of credible information.

The program concluded with AAP awarding London-based publisher Azadeh Parsapour from Nogaame-publishing the International Freedom to Publish I Jeri Laber Award. Parsapour uses crowdfunding to publish eBooks for Iranian authors that would likely be censored or banned in her native country. In prepared remarks from London, she accepted the award and dedicated it to “unnamed Iranian authors, editors, and publishers who carry on working and creating literature and knowledge despite obstacles and suppression.”

Given annually, the award recognizes a book publisher outside the United States who has demonstrated courage and fortitude in defending freedom of expression. In bestowing this award, AAP has long been guided by the principle that “if one of publisher is denied the right to publish, that threat affects us all.” This year’s award was presented by Geoff Shandler, Chair of the AAP International Freedom to Publish Committee and Editorial Director and Vice-President at Custom House (HarperCollins), who recognized Paraspour’s entrepreneurial genius and commitment, not only to publishing silenced voices through Nogaam, but also in helping to start the Tehran Book Fair. For more information about the award, click here.