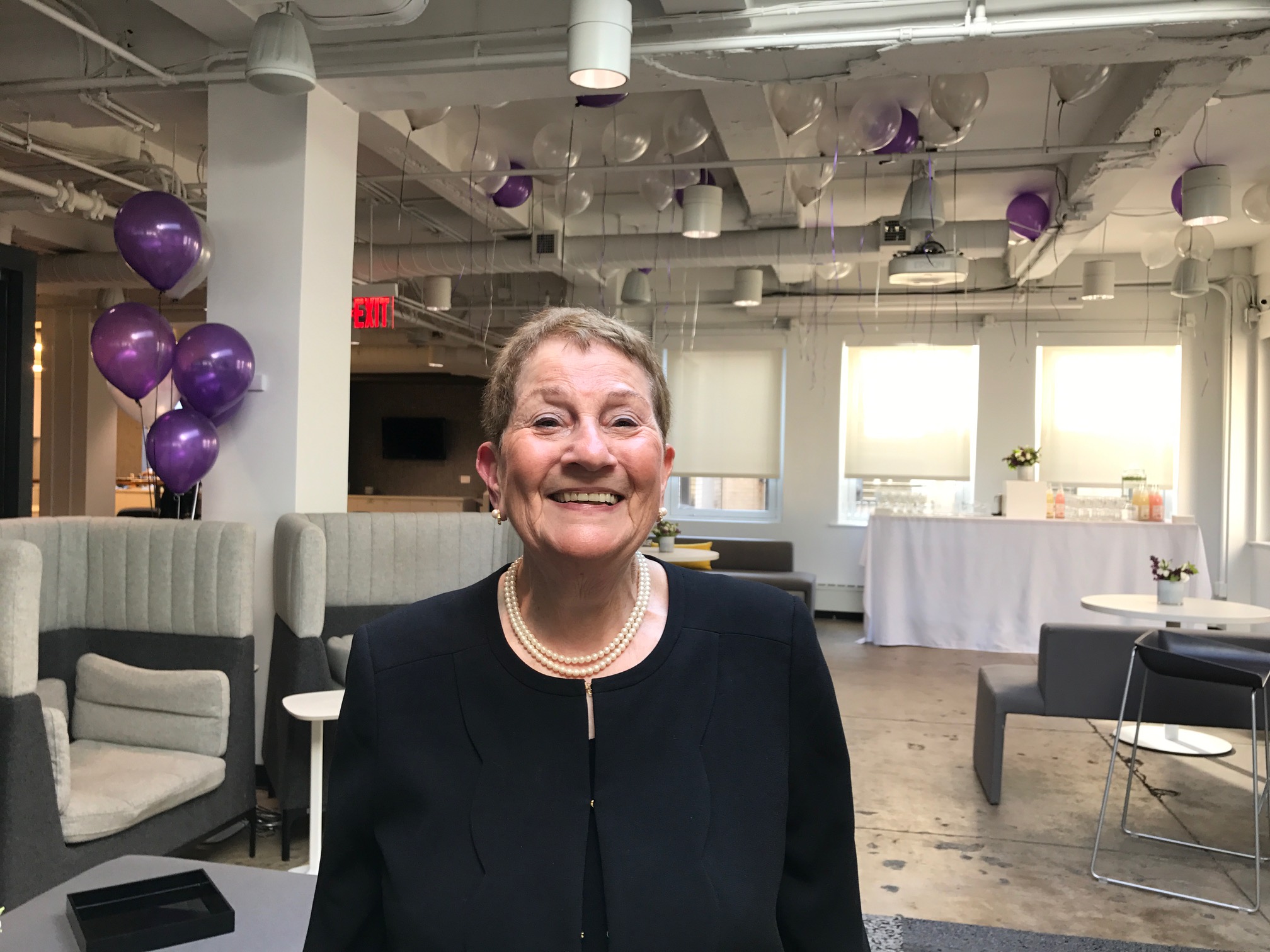 Association of American Publishers veteran Judy Platt will retire June 30, 2017, following nearly 38 years of service. Recognized throughout the publishing community for her work to protect and advance freedom of expression, Judy’s advocacy has had an impact on readers, schools, libraries, and bookstores. In her role as Director of Free Expression Advocacy, she advised on numerous amicus curiae briefs involving First Amendment protections and advocated for programs to resist book banning and other forms of censorship. She was involved with many initiatives from the earliest days, including Banned Books Week, the Campaign for Reader Privacy, and the Kids Right to Read Project.

Here are her remarks:

Mark Twain said, “Find a job you enjoy doing and you will never have to work a day in your life.” That’s what AAP has been for me. It has given me the chance to do something that I care passionately about. My professional life has been spent in defense of rights guaranteed by the First Amendment—our right to read, think, and speak freely. What a place for an English Lit major to land!

I have loved my job. It brought me into contact with people that I came to regard as more than colleagues. They are friends and family—these publishers, booksellers, librarians, authors, and lawyers—whose commitment to freedom of expression is a joy and a balm to the spirit when the world is dark.

My history with AAP goes back even before Michael and I were married. It was an AAP colleague who pinned up the hem of my wedding dress while I stood on a table in the conference room. The start of my honeymoon was an AAP annual meeting at the Broadmoor in Colorado Springs, (in the days when we had such meetings).

As for the next phase of my life, I don’t know what lies ahead. I’ve been thinking a lot about Danaan Parry’s parable about holding on to the bars of a trapeze and the terror we feel when we have to let go. Parry said that the trapeze is an illusion and the letting go is the only thing that’s real—that these transitions are the most alive, growth-filled, passionate and expansive moments of our lives.

As an actress, I’ve learned the importance of making a graceful exit. Thank you, Maria, for giving me a chance to do so.