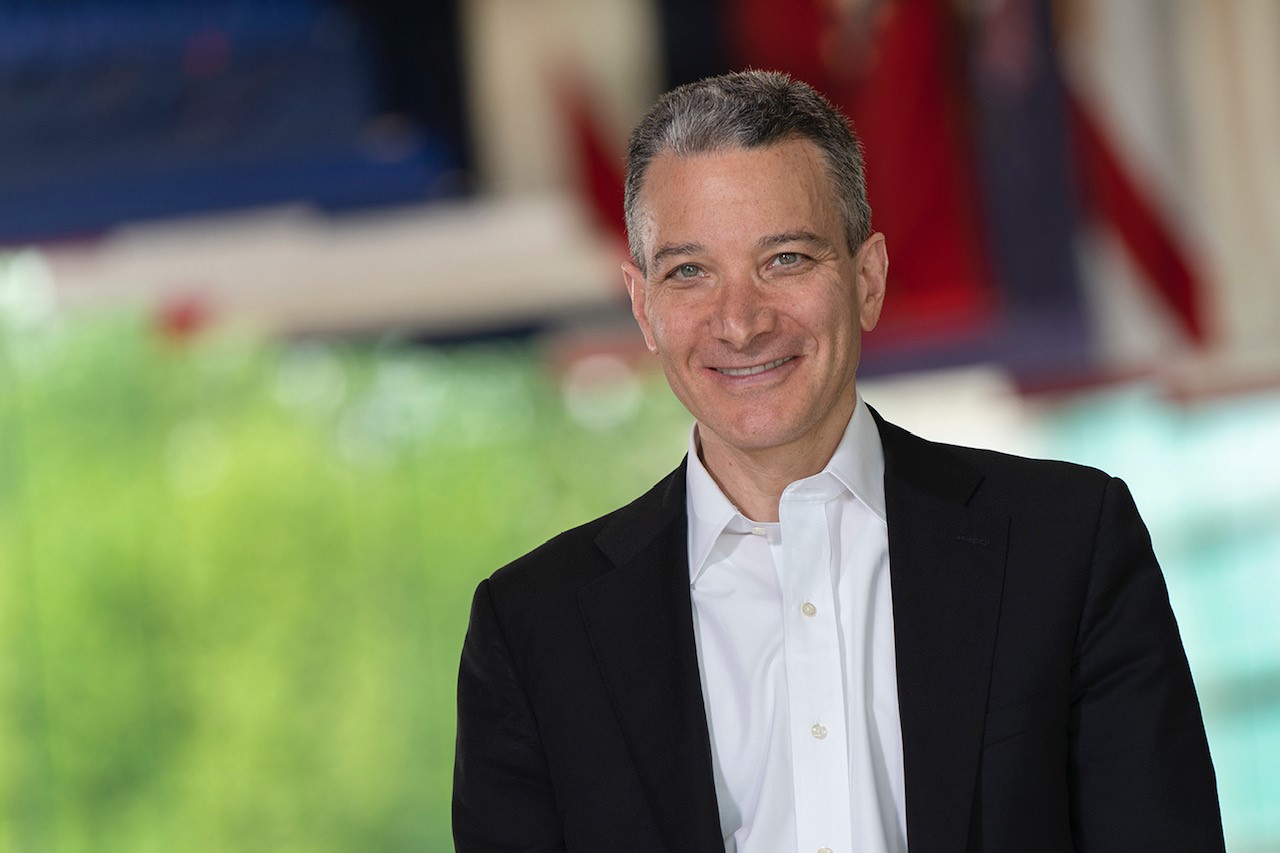 Maria Pallante, President and CEO of the Association of American Publishers (AAP), today announced that Professor Jeffrey Rosen has been selected by the Board of Directors to receive AAP’s 2020 Award for Distinguished Public Service, which honors individuals who have made important contributions to the public good by advancing laws or policies that respect the value, creation, and publication of original works of authorship.

“At every turn of his distinguished career, Jeffrey Rosen has shown a principled dedication to both the creative process and the democratic exchange of ideas,” commented Ms. Pallante. “He has made stellar contributions to the public good as the President and CEO of the National Constitution Center, as a law professor at The George Washington University, and as the author of numerous important books, essays, and scholarly works that underscore the undeniable importance of publishing to modern discourse and the rule of law.”

John Sargent, CEO of Macmillan Publishers and Chairman of AAP’s Board, commented, “On behalf of AAP’s Board of Directors, I congratulate Jeff Rosen for all that he has accomplished as an author, educator, and scholar, and thank him for using his considerable talents and expertise to promote our Constitutional freedoms and responsibilities, both of which are so critical to the publishing industry.”

“I’m honored to receive this Award for Public Service and grateful to have the chance to talk with America’s publishers about the importance of deep reading and reflection in these challenging times,” said Mr. Rosen. “The American Founders believed that only through Stoic self-mastery of our unreasonable passions – including anger, anxiety, and fear — can we achieve happiness during times of disease and disaster. It is therefore urgently important to preserve the vitality of the publishing industry, which supports the books that make that learning and self-mastery possible.”

Professor Rosen will address AAP’s membership during its virtual annual meeting on June 1, 2020.

Jeffrey Rosen is the President and CEO of the National Constitution Center, America’s leading nonpartisan platform for education and debate about the U.S. Constitution. He is a law professor at George Washington University, a Contributing Writer for The Atlantic, a  sought-after commentator, and best-selling book author. His latest book is Conversations with RBG: Justice Ruth Bader Ginsburg on Life, Love, Liberty, and Law. His other books include William Howard Taft, for the American Presidents Series; Louis D. Brandeis: American Prophet; The Supreme Court: The Personalities and Rivalries that Defined America, the best-selling companion book to the award-winning PBS series; The Most Democratic Branch: How the Courts Serve America; The Naked Crowd: Freedom and Security in an Anxious Age; and The Unwanted Gaze: The Destruction of Privacy in America. Professor Rosen is coeditor, with Benjamin Wittes, of Constitution 3.0: Freedom and Technological Change. His essays and commentaries have appeared in The Atlantic, The New York Times Magazine, on National Public Radio, in The New Republic, where he was the legal affairs editor, and in The New Yorker, where he has been a staff writer. Professor Rosen hosts the weekly “We the People” podcast. The Chicago Tribune named him one of the ten best magazine journalists in America, and the Los Angeles Times called him the nation’s most widely read and influential legal commentator. He is a graduate of Harvard College, Oxford University, and Yale Law School.