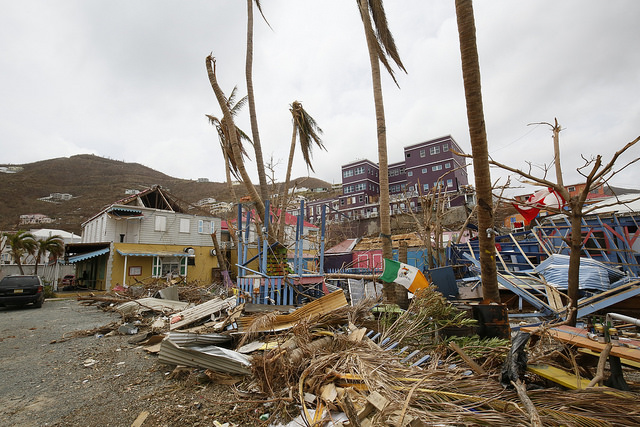 There is a cooperative program between the National Library of Medicine (NLM) and medical publishers that remains dormant most of the time, and springs back to life when needed during disasters. The Emergency Access Initiative (EAI), a collaboration between NLM and 24 participating publishers, provides free access to full-text content from over 650 biomedical journals and 4,000 reference books and online databases to healthcare professionals and libraries affected by disasters. It serves as a temporary collection replacement and/or supplement for libraries that serve emergency medical staff and affiliated users.

Since inception about a decade ago, EAI was activated seven times in the past: following the earthquake in Haiti; flooding in Pakistan; cholera epidemic in Haiti; earthquake & tsunami in Japan; typhoon in the Philippines; Ebola outbreak in West Africa; and the earthquake in Nepal. The series of back-to-back disasters in recent weeks has created a great need for assistance in areas now in crisis.

“This program is important because it provides access to critical research information in countries or regions that are in crisis. AAP members are proud to participate in this collaboration between publishers, librarians and first responders to provide medical, environmental and safety content when it’s needed the most,” said John Tagler, VP & Executive Director, Professional & Scholarly Publishing at the Association of American Publishers.

On September 14, in response to Hurricane Irma that devastated several Caribbean Islands and Florida, and the ongoing issues following Hurricane Harvey, the EAI was opened to assist with relief efforts from IPs registered in the US, Caribbean Islands, UK, France and other countries as needed. In less than a week, EAI activation was expanded due to the earthquake in Mexico and Hurricane Maria that added further devastation to many of the areas previously impacted by Irma.

NLM works with the CDC, US Public Health Service, libraries and other organizations to provide needed literature to health care personnel in the impacted areas. The default time period for an incident is 4 weeks, and is subject to ongoing review by the EAI Activation Team.

Given the ongoing situation in Puerto Rico, the USVI and other areas impacted by the recent hurricanes, the EAI Activation Team has agreed to extend the Emergency Access Initiative for another 4-week period. EAI will now end on November 10, 2017.

(View of damage caused on by Hurricane Irma in Road Town, the capital of the British Virgin Islands by Russell Watkins/DFID is licensed under CC BY 2.0)