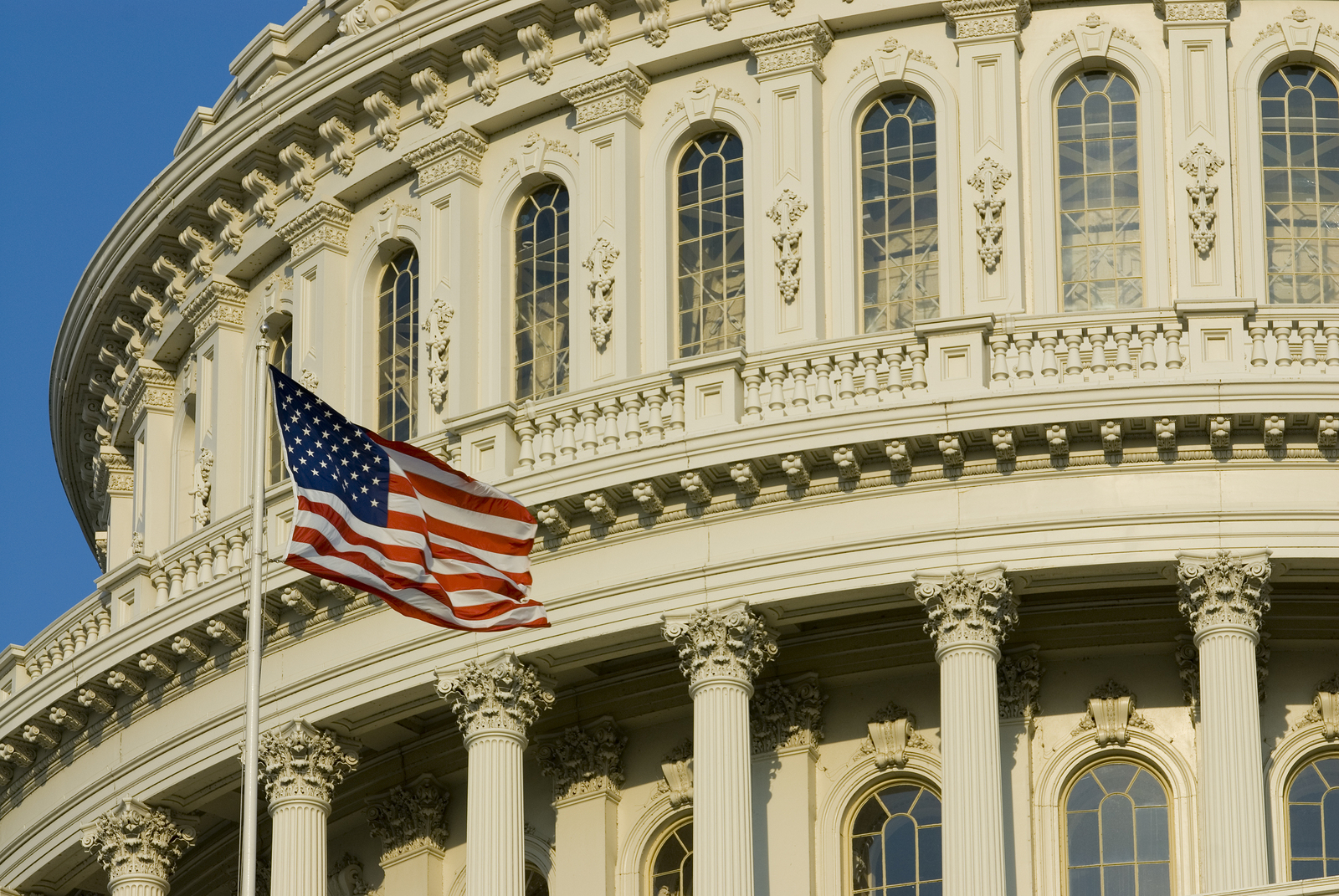 Washington, DC; September 21, 2018 – Yesterday during its annual meeting, the Association of American Publishers (AAP) honored Rep. Doug Collins (R-Ga.) with its 2018 Award for Distinguished Public Service. AAP President and CEO Maria A. Pallante presented the award to Rep. Collins before a room of 200 publishing executives and invited guests representing companies from across the United States. 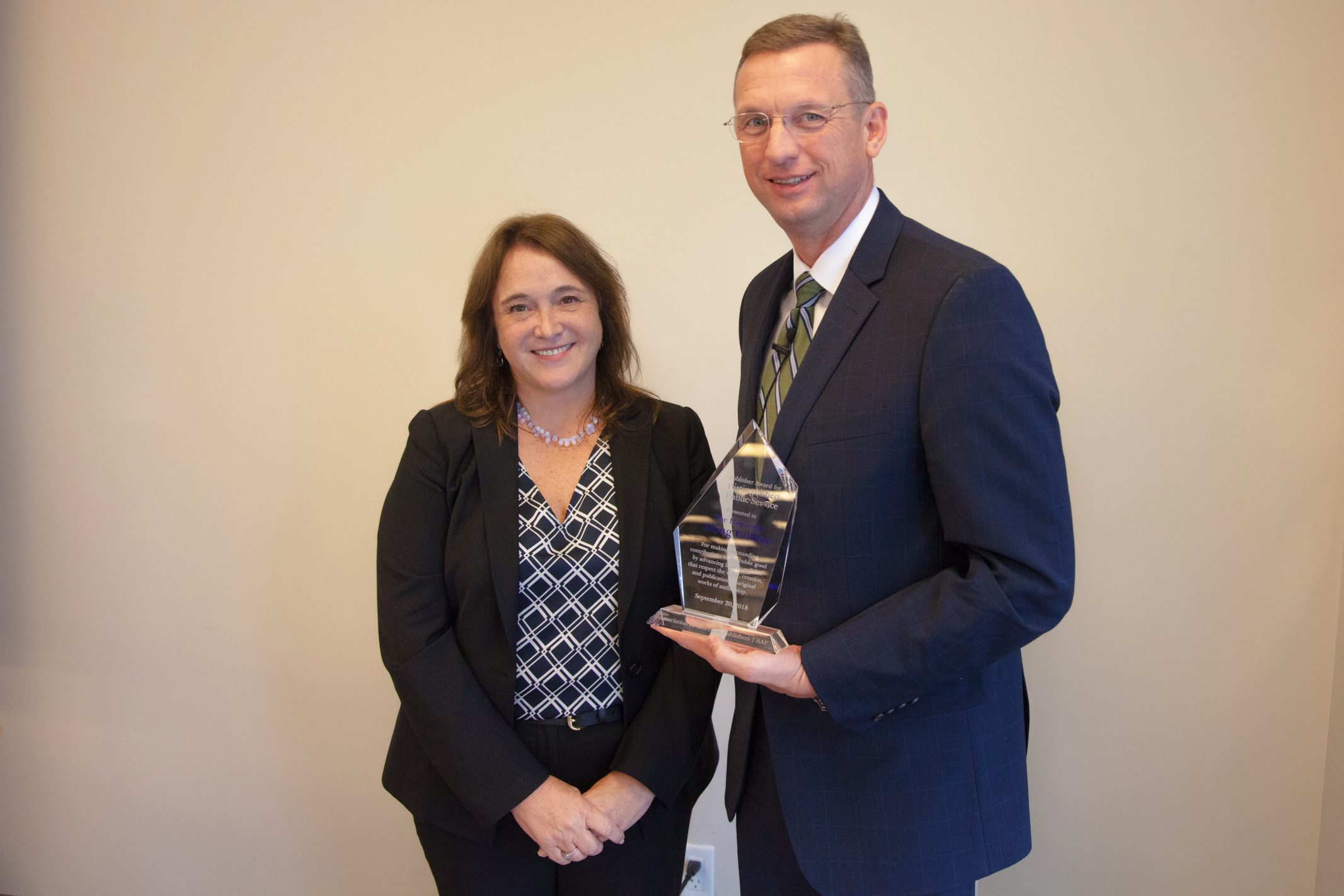 The Award honors an individual who has made outstanding contributions to the public good by advancing laws or policies that respect the value, creation, and publication of original works of authorship. It supports both leaders and unsung heroes, who by their actions or words remind policymakers and the public that a strong legal framework is essential to culture, education, and progress in the modern world.

“Congressman Collins perfectly embodies the spirit of this award because he truly understands the value of published works and the importance of the broader creative communities,” said Maria A. Pallante while presenting the award to Rep. Collins. “He works tirelessly in Congress to advance policies that encourage publishers to invest in authors and make available a wide diversity of creative and professional content.”

Collins is a founding Co-Chair of the Creative Rights Caucus, a bipartisan caucus in the U.S. House of Representatives dedicated to protecting the rights of content creators that now has more than 50 members. He serves on the House Judiciary Committee—which has jurisdiction over copyright legislation—and is Vice Chairman of the Subcommittee on Courts, Intellectual Property, and the Internet. A voracious reader, Collins is a respected and effective leader in copyright debates and a strong advocate for authors and publishers. He has represented Georgia’s Ninth Congressional District since 2013.

Speaking to the room of publishers, Collins said “I believe in the power and importance of creativity and discourse. The publishing industry is so integral to reasoned debate, and to Congress and leaders in general. Leaders are readers.” Collins also stressed the importance of copyright protection to a vibrant creative ecosystem, noting that “it all starts with a moment of creative genius. . . . If we do not come back to the idea that the creative spark is inherently valuable, then nothing you have is worth anything.”

Collins was actively involved in the House Judiciary Committee’s three-year review of the Nation’s copyright law and is co-sponsor of major, bi-partisan copyright legislation. This includes a bill that would modernize the appointment of the head of the Copyright Office to reflect the complexity of the portfolio and reflect similarly situated positions across government, as well as a bill that would create a small claims process to provide a faster and more affordable alternative to federal litigation. He is also an architect of the Music Modernization Act, which will change the landscape for music publishers and songwriters, and everyone who loves music.

In bestowing the Award, AAP is inspired by the fact that publishing and the rule of law are uniquely intertwined with the history of the United States. In 1787, the Framers adopted the Copyright Clause of the Constitution in order to encourage the dissemination of knowledge, providing authority for the First Congress to enact the first Copyright Act in 1790.