A Conversation about Book to Film Adaptations with Darin Keesler, VP of Marketing, Picador 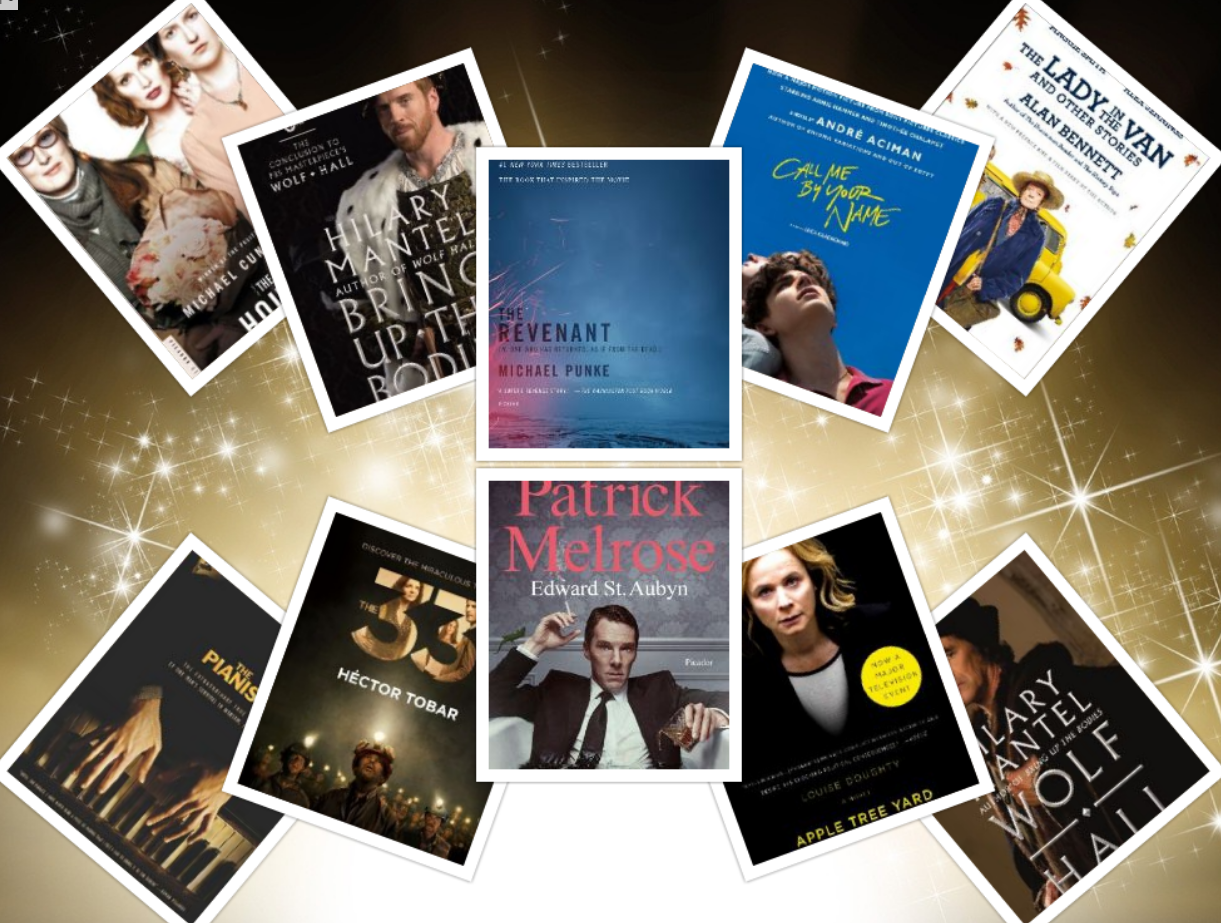 Ahead of participating in AAP’s BookExpo panel on adapting books to films, we spoke with Darin Keesler, Vice President of Marketing for Picador. Kessler has been with Picador/Macmillan for more than 20 years, originally in sales selling movie tie-ins, and he’s led marketing campaigns for many book to film adaptations.

What kind of book to film projects have you worked on?

I’ve worked on numerous adaptations at different stages and scopes – some are wide releases that open on thousands of screens, and some have been small roll-outs that ran in only arthouse theatres. Also, recently many book to film projects have not been theatrical releases at all, and are direct to streaming or cable like Showtime’s Patrick Melrose which just debuted earlier this month. Some of the other recent and best known book-to-film tie-ins I’ve worked on are The Revenant and Call Me by Your Name. 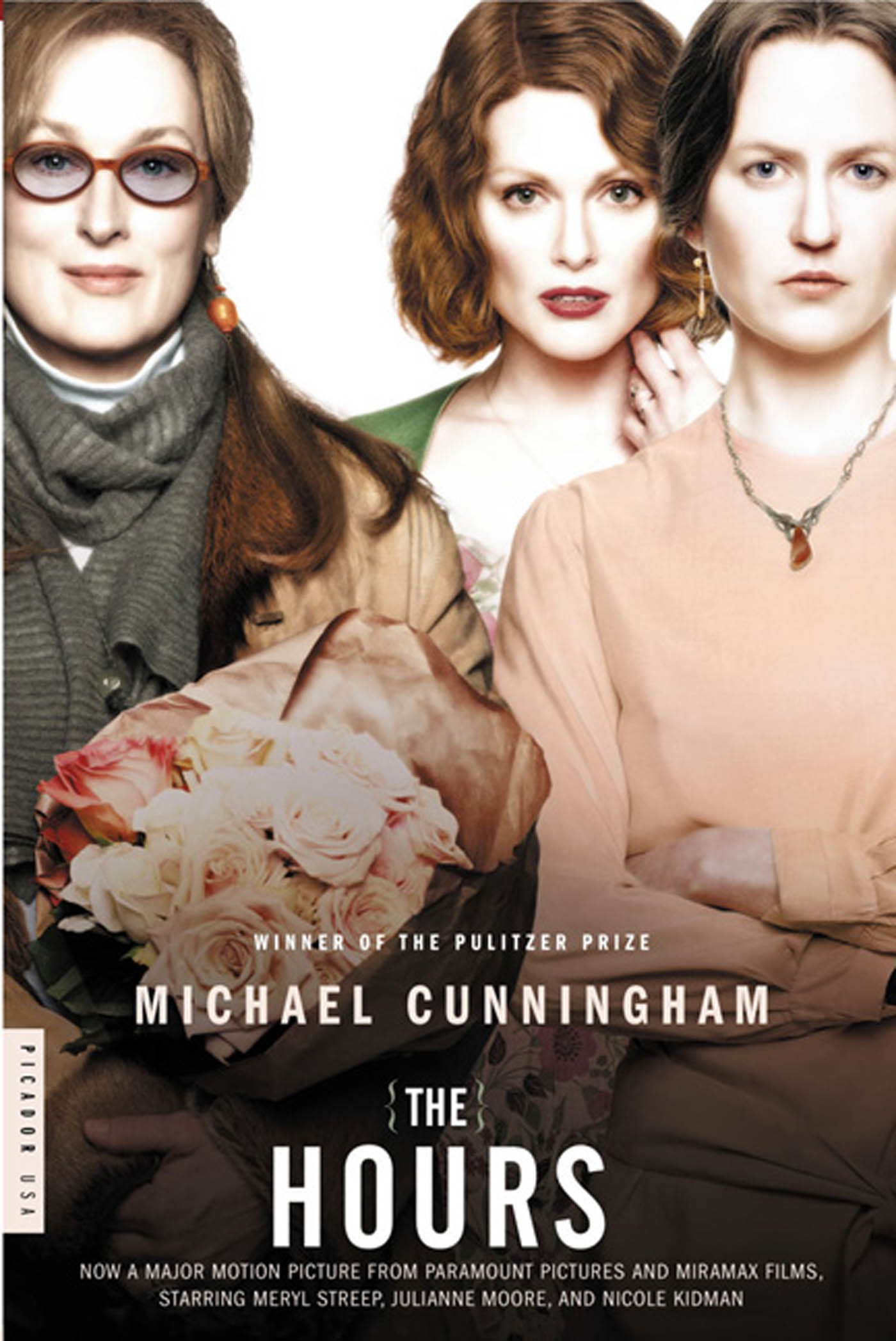 What was your first book-to-film project and what did you learn from it?

The Hours, which was the first and most difficult in the sense that I was learning about the approval process for the final cover and tie-in art and the time frame for a proper production schedule. For example, it was complicated to get approvals for the book jacket cover because celebrity talent and studio executives are involved and many people need to weigh in. In The Hours, Meryl Streep, Nicole Kidman, and Julianne Moore were on the book cover and their teams, managers, agents and the film’s producer were all weighing in. This resulted in last minute color corrections, and everything being done at the 11th hour.

In the process I discovered the crucial importance of the key art (movie poster) in promotion for the book and in social media marketing. Sometimes what works for promoting film, and ultimately the book, surprises us. The art for The Revenant was a gorgeous, yet spare, barren landscape without any character leads in it. “Where is Leonardo DiCaprio?” we thought. When we first saw it we thought it wouldn’t work in all sales channels, but it worked beautifully and we were proven wrong.

In turn, I helped to educate the studio about the way books are produced and, specifically, why there are long lead times. It typically takes publishers six to eight weeks to get a finished book into the stores. Since the studios are accustomed to digital distribution and can move quickly, working with a physical supply chain is very different.

What are differences between marketing a typical book, and marketing a book that’s about to become a film. 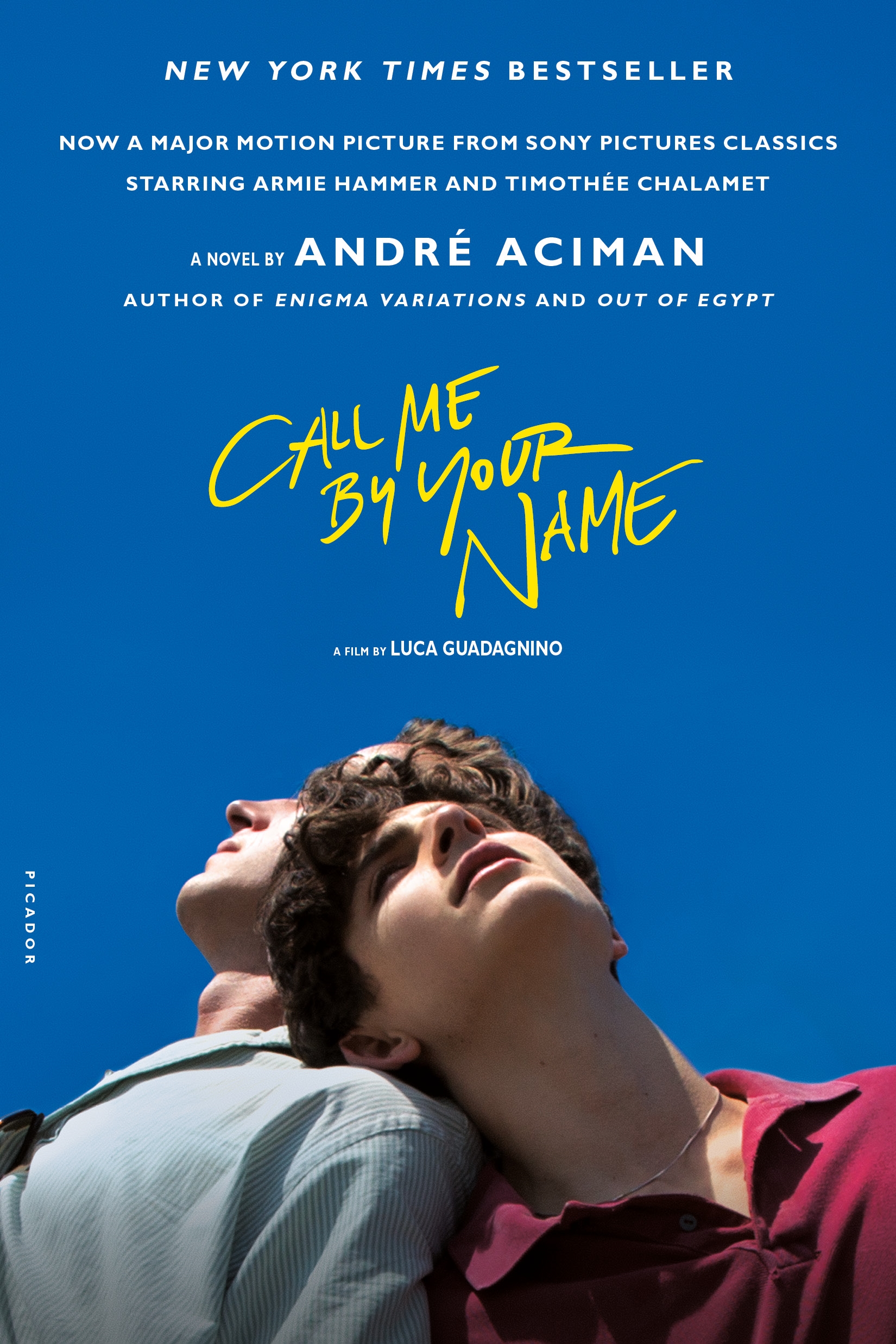 For books becoming films, you’re working closely with the studio and need to be informed what their plans are. There’s a lot of timing that needs to align so we can get the right products to our customers at the right time. Timing for trailers, early reviewer and audience screenings, press junkets, film festivals (Sundance, for example), are all important to help us to do that.

Another difference is the impact of the celebrity tie-ins – whether it be famous actors, critically acclaimed directors or the producers and studios themselves. The public interest in all things celebrity and movie-related will, in turn, encourage people to check out original source material. Social media campaigns can take off well before the film releases if the talent and celebrities are invested in it and if the book tie-in already has an audience familiar with it. (A recent example from one of our sister imprints, for example, is A Wrinkle in Time.) A recent example for me was the adaption of Call Me by Your Name, where there was a lot of Academy nomination buzz for Armie Hammer as early as its debut at Sundance, almost a year before the film reached theaters. He supported it heavily on his social feeds, and also wound up reading the audiobook, both of which got a lot of attention for the book and movie. It seemed like every time Armie talked about the movie, the conversation went wide on social and in the media. There was even a “Dance with Me" social media meme that was altered and shared widely corresponding with National Coming Out Day. It created a sense of fun and anticipation for a film that could have been regarded as an art house love story, set in Europe.

Ultimately, as is the case for marketing any book, sometimes you don’t know what you have on hand. You have to be agile and flexible. And sometimes despite your best efforts not all tie-ins appeal. It’s gratifying and can also be surprising.

The Oscar-nominated Call Me by Your Name came out well after the book was published. How did that impact your marketing plan? How did the sales of the book compare before and after the film?

The novel was first issued in 2008, and it sold around 30,000 copies – a critical success. It was embraced by readers and quickly became a book club favorite, especially among gay readers. It was beloved by readers in select demographics and regions and by certain independent stores who hand-sold it for years.

Then we heard about the movie, which was attached to an extraordinarily good director, well-known in the festival circuit for I Am Love, starring Tilda Swinton. And that was promising. And then it debuted at Sundance and critics were ecstatic, writing reviews from Sundance focusing solely on this film. Then it became attached to Sony Classics, which was even more promising, and a studio we had worked with previously, one that is very interested in leveraging books and their readers to support a film’s release. Even with all this going for it, no one really knew if it would a blockbuster movie or an Academy Award winner. It was a limited release, after Thanksgiving in only NYC and LA, with a national roll-out to follow. And moreover, it was a gay love story.

But then everything happened for that book that you want to see happen for a movie tie-in over a period of three or four months. The momentum built and built. The Hollywood machine kicked into gear. By the time of the film’s release there were articles in GQ about the casts’ wardrobe; an article in Town & Country about the house where it was filmed; an article about where to get their haircuts; articles in the music press about the soundtrack; assessments of the director; an essay in Vanity Fair by the author Andre Aciman about his reaction to the adaptation; endless social media love shown for Armie Hammer, and many, many pieces written about Timothee Chalemet, as a young star in the making. It appeared on many Best of the Year lists. Ultimately more than 400,000 books were sold across all formats, it reached the New York Times bestseller list, and it’s still on many bestseller lists.

This, alas, is not always the outcome. After the movie leaves the theatre, sometimes sales can linger but other times they drop off starkly, particularly with thrillers. It depends on the book and the author. Sometimes the movie will draw you back to the book. Sometimes the book will draw to the movie. 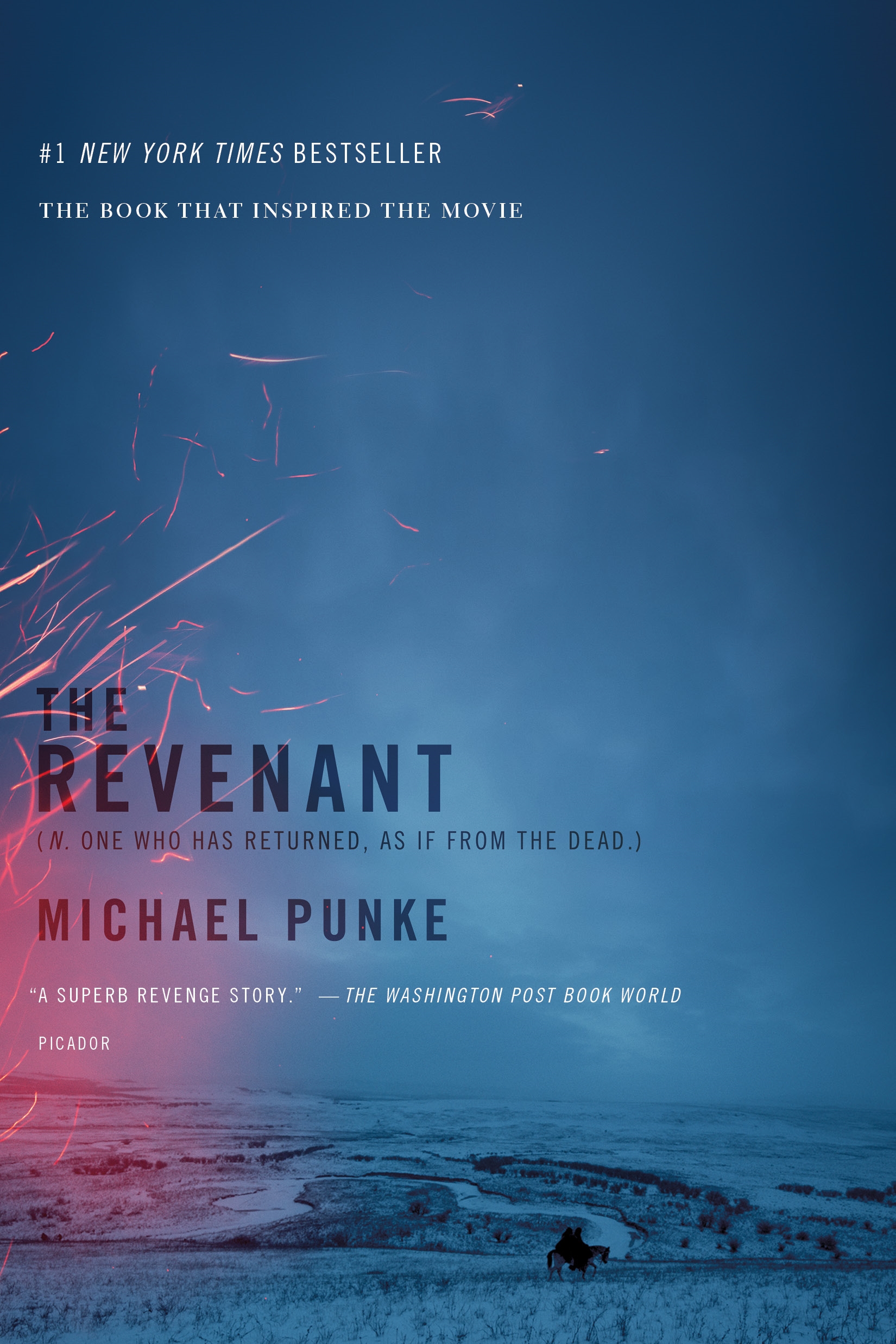 Does a book benefit from a movie-tie in only when the film is in theaters?

Many books benefit from a lift in awareness when the movie’s trailers debut, when they get accepted to festivals, when new influencers (studios) are attached to the project. For example, The Revenant sold decently in hardcover simply because of the director and star associated with the adaptation: Alejandro Innaratu and Leonardo DiCaprio. There were no early screenings at festivals or the like. Book tie-ins can also benefit when released to cable streaming and DVD/Blu-Ray. And sometimes the DVD distributor will collaborate on ad inserts and special discounts too.

How do publishers benefit from book-to-film and book to screen adaptations?

Movies can bring new audiences to any sort of novel, be it a classic, a noted bestseller and award winner, or even an obscure literary or genre novel. Sometimes we don’t know what we have with a book-movie tie-in until it’s adapted, and out there in the marketplace with a whole new audience excited to discover it. Mass market retailers are particularly interested in movie tie-ins accompanied by wide releases, seven-figure marketing plans with major studios. A small film that does well at Sundance or other film festivals can also create a lot of interest in a book. The verdict is still out on whether books will benefit as much from streaming – there are many series currently in development so we’ll see.

Studios benefit from the collaboration as well. Book publishers can provide insights into readers, including where and when books are selling. This intel could help them in their planning and marketing. Many studios are also eager to include the author on press junkets, or detailed press materials, particularly if he/she is supportive of the adaptation and has an established social media platform or audience among booksellers and readers. Publishers and studios can usually find many fun and engaging ways to collaborate regardless of the type of movie, and it usually costs the publisher very little in terms of dollars and cents. And we all stand to benefit.

If you're attending BookExpo 2018 and would like to hear more about marketing books that have or will become films from Darin, we welcome you to AAP and MPAA on Friday, June 1 at 12:30 p.m. More information can be found here.