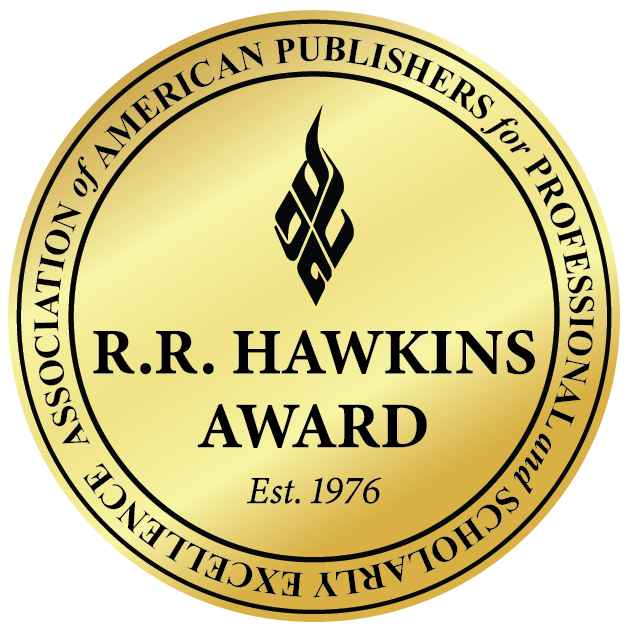 The Association of American Publishers (AAP) announced today that Carmen C. Bambach’s Leonardo Da Vinci Rediscovered from Yale University Press, a “modern rethinking of the career and vision of one of the greatest artists of all time on the 500th anniversary of his death,” has been named the winner of the prestigious R.R. Hawkins Award, the top prize of the 2020 PROSE Awards.

“Carmen C. Bambach’s Leonardo Da Vinci Rediscovered, published by Yale University Press, is an extraordinary four-volume work that the New York Times accurately described as ‘mega in every way,’ and which I would call the definitive publication on the work of one of the greatest artists of all time,” said Maria Pallante, President & CEO, AAP. “This master work, whose release marked the 500th anniversary of Da Vinci’s death, is as sensitive and erudite as it is comprehensive, providing the reader with the full benefit of the experience, knowledge and insight that could only be delivered by a scholar of Ms. Bambach’s stature. We are honored to award Yale University Press, the critical caretaker of this important work, with this year’s R.R. Hawkins Award.”

John Donatich, Director of Yale University Press, commented, “Twenty-three years in the making with over one million words, one thousand five hundred illustrations and over two thousand three hundred pages in several volumes, Carmen Bambach’s magisterial Leonardo Da Vinci Rediscovered is a once in a lifetime book in the career of an author as well as her publisher. We are so pleased that the AAP has decided to honor this irreplaceable and definitive book with the prestigious R.R. Hawkins Award.”

A panel of 19 judges reviewed more than 630 entries to this year’s PROSE Awards program, elevating works which advance their respective fields and speak to the breadth, depth, and criticality of scholarly publishing. Throughout February, AAP has announced the results of its program, narrowing the field from 157 Finalists, 49 Subject Category winners, five Excellence Award winners, to today’s top R.R. Hawkins Award winner.

“Carmen C. Bambach’s four-volume Leonardo da Vinci Rediscovered is something of a masterpiece in its own right,” said Nigel Fletcher-Jones, 2020 PROSE Awards Chief Judge and Director, The American University in Cairo Press. “The author’s mastery of the subject, and encyclopedic knowledge of the preliminary drawings, sketches, and manuscripts which underlie both the artist’s best and less well-known works, has been fully supported here by the sympathetic vision and supreme production values of Yale University Press to complete a work that took over twenty years to complete and is unlikely to be surpassed for at least another generation.”

The R.R. Hawkins Award is named for the long-time New York Public Library executive and author whose dedication and passion for professional and scholarly works significantly contributed to the acceptance of American science and scholarship across the globe.  The 2019 R.R. Hawkins Award recipient was Oxford University Press for University of Pennsylvania scholar Kathleen Jamieson Hall’s Cyberwar: How Russian Hackers and Trolls Helped Elect a President.

About the PROSE Awards

Since 1976, AAP’s annual PROSE Awards have recognized publishers who produce books, journals, and digital products of extraordinary merit that make a significant contribution to a field of study each year. A panel of judges from across the publishing industry, from publishers to librarians to medical professionals, volunteer their time and expertise to determine PROSE Finalists, Subject Category Winners, Excellence Winners, and ultimately, the top R.R. Hawkins Award winner.