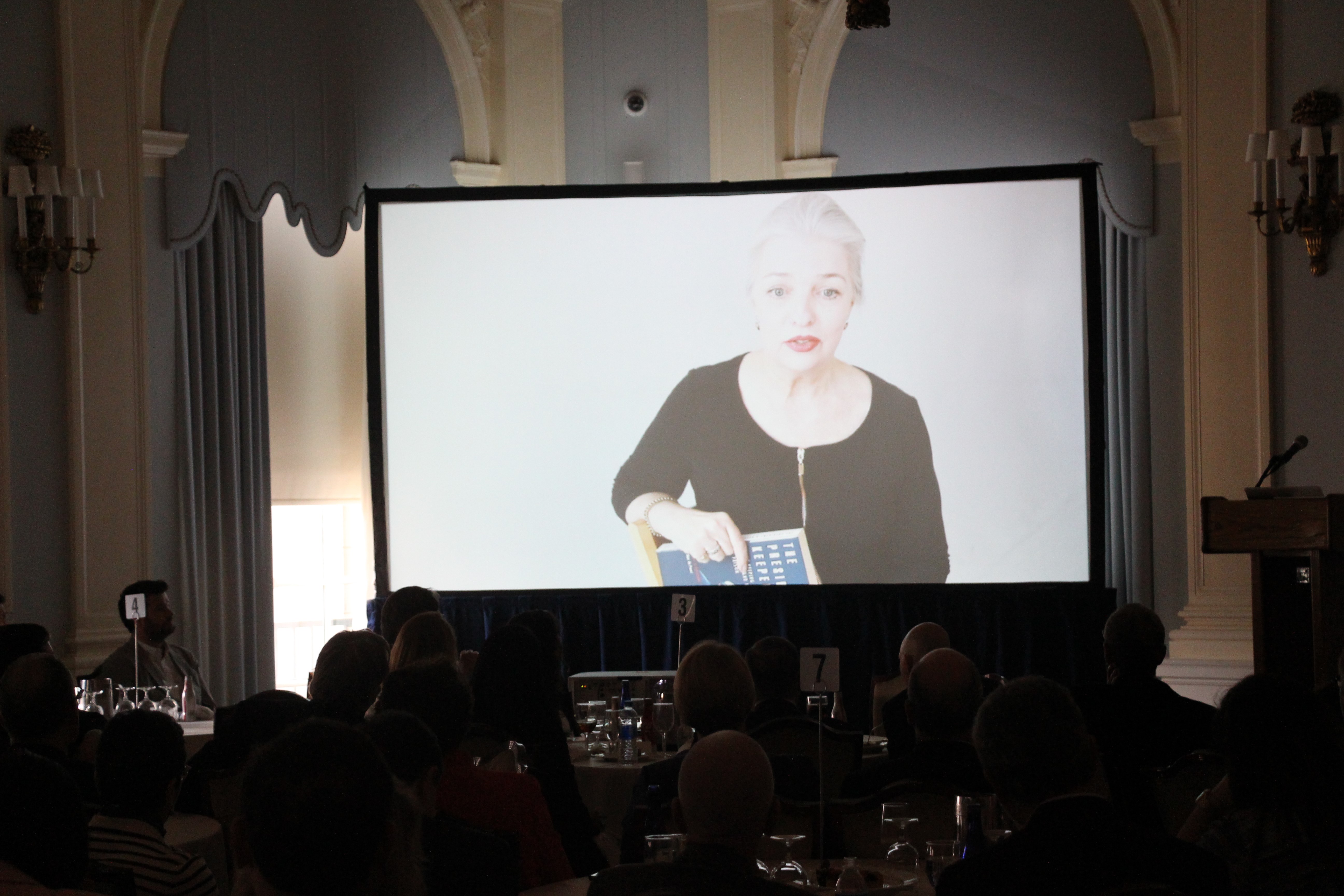 Washington, DC; June 3, 2019 — The Association of American Publishers today recognized South Africa– based NB Publishers with its prestigious AAP International Freedom to Publish Award for NB’s purposeful publication of The President’s Keepers by Jacques Pauw. Given annually, the award recognizes a book publisher outside the United States who has demonstrated courage and fortitude in defending freedom of expression. In bestowing this award, AAP has long been guided by the principle that if one of us is denied the right to publish, that threat affects us all.

“The perseverance that NB Publishers has demonstrated in seeing through the publication of Jacques Pauw’s important book despite the relentless threats that they expected and continue to experience from various state apparatus is globally inspiring,” said AAP President and CEO, Maria A. Pallante. “As NB has shown the world, books empower people and promote progress.”

The 2019 award was presented at AAP’s Annual Meeting by Terry Adams, Chair of the AAP Freedom to Publish Committee and Vice President, Digital and Paperback Publisher, Little, Brown and Company, who said, “As publishers, we encourage the writers we work with to speak truth to power. This is not without risk. When we face the kind of ferocious cease-and-desist campaign waged against NB Publishers, our scant resources are taxed, our resolve is challenged. All the more remarkable, then, that NB Publishers not only persisted but prevailed. Their efforts to support a brave work of investigative journalism and to bring the truth about government corruption to light are totally deserving of this award.”

Eloise Wessels, Publisher of NB Publishers, accepted the award via video message from South Africa and thanked AAP for giving credence “not only to our efforts, but to those of the South African publishing industry as a whole, in helping to shape the political landscape by publishing books challenging the status quo.”

In her remarks, Wessels spoke of the obstacles NB encountered throughout the publishing process:

“We knew, when we decided to publish The President’s Keepers, that we were taking an enormous risk. The main subject of our book held the highest power in the country. We had to edit, typeset, print, and distribute the book in the utmost secrecy to ensure that we would not be prevented from doing so before the stock was in the shops,” she said. “The public reaction and demand for the book exceeded all our expectations—our full first print run was sold out in a day. all the while we received summons from various state agencies threatening legal action, our first book launch was disrupted with what was evidently a planned power outage, our author’s telephone was being tapped, he received death threats and was threatened with arrest.”

According to Wessels, “It was when our parliamentarians and vice president at the time (now our newly elected president) walked into parliament holding copies of the book in their hands that we realised that this book had a chance of making a real difference. While, even now, we continue to face legal action, it has all been worth it.”

In her remarks, Wessels underscored the related and equally serious threats to copyright protections that are playing out in her country, which many have warned will permit international tech companies and other copyright users to access, republish, and monetize the creative and research works of others by licensing them or selling advertising without any compensation to the original owners. “The Copyright Amendment Bill that is currently on the President’s desk is a bill that has been hijacked for populist expediency,” Wessels said, “and is so destructive as to threaten the survival of our local book publishing industry, the livelihood of our authors, and ultimately also our freedom of speech.”

About the AAP International Freedom to Publish Award

The International Freedom to Publish Award recognizes a book publisher outside the United States who has demonstrated courage and fortitude in defending freedom of expression. The Award, which includes a cash prize, is named in honor of Jeri Laber, a co-founder of Human Rights Watch and founding member of AAP’s Freedom to Publish Committee. Each year, members of the Committee consult with colleagues from around the world to review the actions of publishers who have faced censorship, political persecution, or personal peril in their work, or have otherwise taken a stand to defend the cause of freedom of expression and the written word. In many instances, the honoree’s particular circumstances may prevent him or her from accepting the award or communicating in person. In bestowing the Award, AAP is guided by the principle that if one of us is denied the right to publish, that threat affects us all.