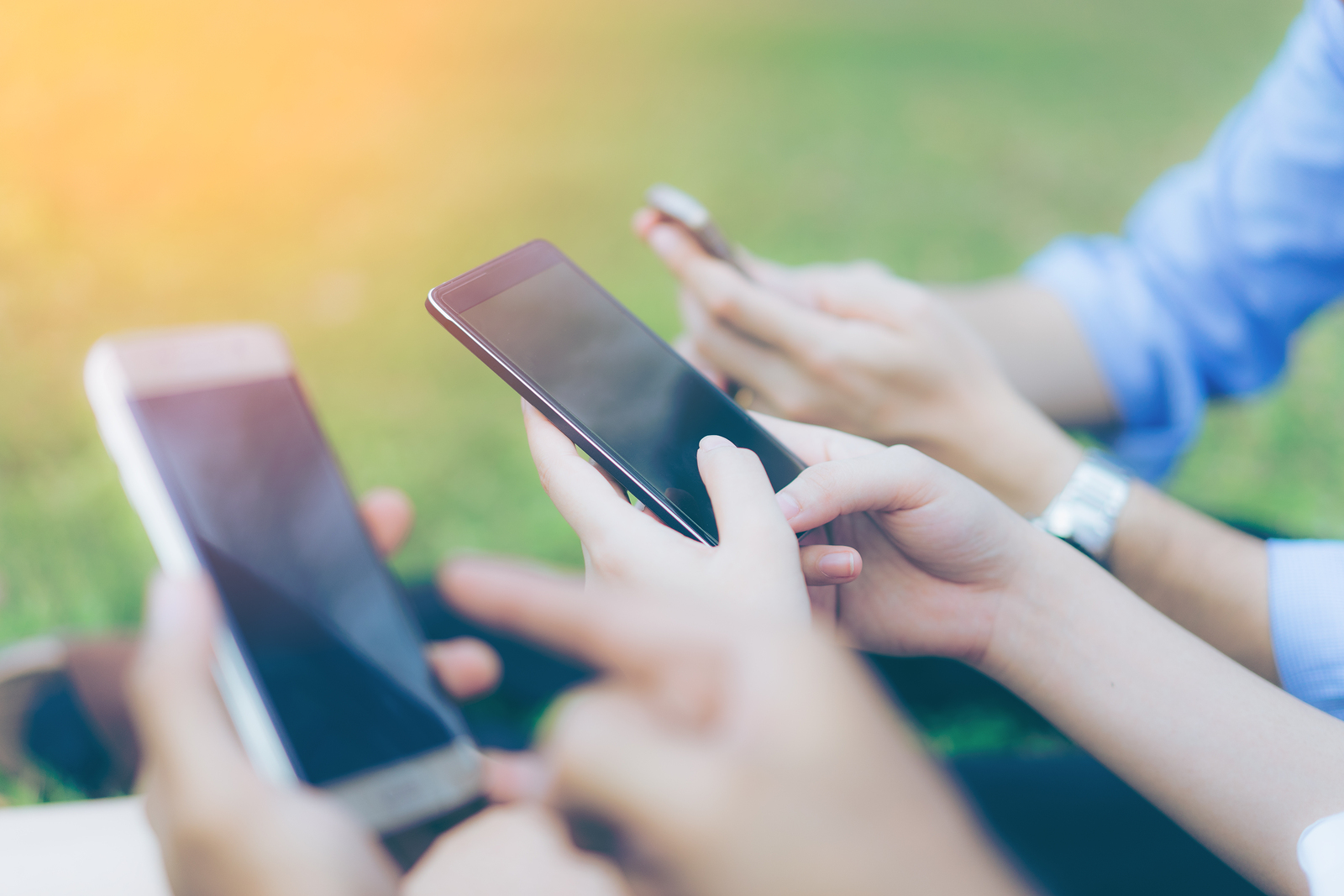 Washington, DC; Feb. 4, 2019 – The Association of American Publishers has reviewed the 2018 documents authored by David R. Hansen and Kyle K. Courtney on the subject of unauthorized library copying for the purpose of digital transmission of entire books to the public. These documents (collectively the “White Paper”) argue that libraries engaging in this activity do not infringe copyright in literary works because such copying and transmission falls within the fair use and first sale doctrines under the invented theory and White Paper definition of “controlled digital lending” (“CDL”).

AAP strongly disagrees with the analysis of the White Paper and its call to libraries to copy and transmit copies of entire books to the public in disregard of the law. CDL not only rationalizes what would amount to systematic infringement, it denigrates the incentives that copyright law provides to authors and publishers to document, write, invest in, and disseminate literary works for the benefit of the public ecosystem.

AAP notes that the White Paper emerged after copyright owners repeatedly questioned the Internet Archive about its legal basis for making and distributing unauthorized copies of copyrighted books, including by offering copies of both new and backlist titles for download under an “Open Library” project. In 2017, the Internet Archive aimed to redouble its efforts on this project by competing for a $100 million grant from the prestigious MacArthur Foundation (100&Change), thankfully unsuccessfully. As the Authors Guild reported, over the past few years the Internet Archive has inconsistently responded to take down notices under the DMCA. Following the White Paper’s release, the Internet Archive, libraries, and academics issued public statements of support for the theory and practice of CDL.

As a major point of confusion, the White Paper repeatedly blurs the line between works and copies in its analysis, ignoring well-established legal distinctions between these terms in the Copyright Act as well as the reality that Congress imposed statutory limitations on library lending. This is a fundamental weakness of the White Paper’s first sale argument as well as its market-harm argument under fair use and of the Paper’s more general assertion that the law should view CDL as functionally equivalent to hard copy lending. To the contrary, AAP finds it highly unlikely under current law that CDL-sanctioned practices would be shielded by either the first sale doctrine under 17 U.S.C. §109(a) or the fair use doctrine under §107, because such practices involve making and transmitting new digital copies of print books.

Inexplicably, the White Paper proposes that CDL be universally applicable to any book, of any genre, made available to any patron for any purpose. The only condition is that the physical copy must have been acquired lawfully, and that it be owned, not merely licensed, by the library. As proposed, CDL would be equally applicable to current, in-print works for which digital lending licenses are available to libraries. Similarly, the CDL definition is agnostic as to the uses of the digital copies by the persons to whom they are transmitted. In other words, CDL does not itself constitute any of the favored fair use purposes such as criticism, comment, teaching, scholarship or research, and would clearly permit library patrons to use the copied materials for any reason, including entertainment.

Whatever public benefit libraries may claim results from CDL, it would not be sufficient to justify the harm to publishers’ actual and potential markets. Because publishers generally make e-book lending licenses available to libraries for both frontlist and backlist works, and CDL is expressly designed to allow libraries to create their own substitute e-book editions for such works, it is clear that CDL copying would create direct market substitutes for publishers’ extensive licensed offerings, not only for digital copies but also for hard copies. The substitutes are not at all transformative of either the copied work or the use of the copied work. Moreover, the Supreme Court has made clear that an actual, present market for a particular derivative use need not exist in order for market harm to be cognizable under the fourth fair use factor, provided that the use is one that “creators of original works would in general develop or authorize others to develop.” Campbell, 510 U.S. at 592.

The concept of maintaining a one-to-one “owned to loaned” ratio is at the core of the White Paper’s argument for the legality of CDL, under both §109(a) and §107. It constitutes the principal form of “control” that CDL purports to impose on library circulation of self-created e-books. The White Paper argues that by “limit[ing] the total number of copies in any format in circulation at any time to the number of physical copies the library owns,” libraries can “maintain[ ] the market balance long-recognized by the courts and Congress.” White Paper at 3-4.

The basic underlying assumption here is that the market for print books and the market for e-book lending are the same market, so that circulation of a work “in any format” is fungible with circulation of that work in any other format. This is demonstrably not true, as the publishing industry and libraries have over many years created and participated in entirely separate markets for the sale of physical books and the licensing of e-books, at different prices and on different terms and conditions. The White Paper’s optional proposals for risk mitigation, such as limiting the number of digital loans of a single title, either in a given time period or overall, in an attempt to “reflect physical market conditions” similarly miss the point. CDL is designed to compete with copyright owners’ digital market, not some hypothetical physical market, making the “owned to loaned” concept in CDL irrelevant to the application of §109(a) and §107.

Although the White Paper identifies orphan works, out-of-print works, and works for which digital licenses are unavailable as significant problems it proposes to solve with CDL, these special cases are not actually part of the crafted definition of CDL, and the Paper ignores the more extensive and balanced analyses that predate the CDL theory. In June 2015, the Copyright Office published a multi-year report on the subject of orphan works and mass digitization, which specifically considered, among other things, whether mass digitization by libraries could be entitled to a fair use defense under §107. The Report was the product of extensive study by the Office, informed by comments and input from libraries as well as many other stakeholders. It was issued after the Second Circuit’s decision in Hathi Trust, but several months before the Second Circuit’s Google Books decision in October 2015. In discussing a number of statutory solutions (including special licensing pilots) to make orphan works lawfully available, the Copyright Office concluded that “there is broad agreement that no colorable fair use claim exists [for] providing digital access to copyrighted works in their entirety.” Since that time, the significant fair use decisions that have spoken to these issues, including Google Books, the Georgia State case, and most recently ReDigi, have cast no doubt on that conclusion and indeed have reinforced it.

The White Paper further asserts that CDL should be favored on public benefit grounds because it is “aligned with the principles” of first sale limitations under §109(a), even if it does not actually qualify for application of the first sale defense by statutory definition. In December 2018, the Second Circuit in ReDigi expressly rejected the notion that §109(a) is a statement of broad “principles,” as the White Paper asserts, instead holding that it is a provision “for which Congress has taken control, dictating both policy and the means of its execution.” ReDigi at 35. In short, ReDigi makes clear that there is no broad “principle” underlying §109(a) as enacted, and therefore fair use cannot be used as a way of implementing such a “principle” without doing violence to the Copyright Act as Congress has written it.

In issuing this statement, AAP is aware of movements in other countries to similarly bypass the copyrights of authors and publishers. AAP believes that CDL is impermissible under the national laws of these countries as well, and that any hypothetical future foreign legislation to permit controlled digital lending would face significant obstacles, inter alia under the “three-step test” for exceptions and limitations on authors’ rights under the Berne Convention (Art. 9(2)) and the TRIPS Agreement (Art. 13).