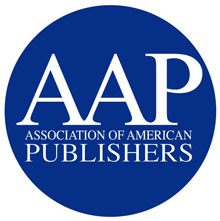 Today, member companies of the Association of American Publishers (AAP) filed a copyright infringement lawsuit against Internet Archive (“IA”) in the United States District Court for the Southern District of New York. The suit asks the Court to enjoin IA’s mass scanning, public display, and distribution of entire literary works, which it offers to the public at large through global-facing businesses coined “Open Library” and “National Emergency Library,” accessible at both openlibrary.org and archive.org. IA has brazenly reproduced some 1.3 million bootleg scans of print books, including recent works, commercial fiction and non-fiction, thrillers, and children’s books.

Despite the self-serving library branding of its operations, IA’s conduct bears little resemblance to the trusted role that thousands of American libraries play within their communities and as participants in the lawful copyright marketplace. IA scans books from cover to cover, posts complete digital files to its website, and solicits users to access them for free by signing up for Internet Archive Accounts. The sheer scale of IA’s infringement described in the complaint—and its stated objective to enlarge its illegal trove with abandon—appear to make it one of the largest known book pirate sites in the world. IA publicly reports millions of dollars in revenue each year, including financial schemes that support its infringement design.

In willfully ignoring the Copyright Act, IA conflates the separate markets and business models made possible by the statute’s incentives and protections, robbing authors and publishers of their ability to control the manner and timing of communicating their works to the public. IA not only conflates print books and eBooks, it ignores the well-established channels in which publishers do business with bookstores, e-commerce platforms, and libraries, including for print and eBook lending. As detailed in the complaint, IA makes no investment in creating the literary works it distributes and appears to give no thought to the impact of its efforts on the quality and vitality of the authorship that fuels the marketplace of ideas.

This lawsuit is not about the occasional transmission of a rare or aging title under appropriately limited circumstances, nor about anything permissioned or in the public domain. Rather, this lawsuit condemns the fact that IA solicits and collects truckloads of in-copyright books in order to copy and make them available without permission, purposely denigrating their commercial value. As the complaint alleges, there are no provisions under copyright law—not library or educational exceptions, not fair use, not the first sale doctrine, nor anything in the Digital Millennium Copyright Act—that support IA’s theft or the manner in which it steals.

Following is the statement of Maria A. Pallante, President and CEO of the Association of American Publishers:

“Today’s complaint illustrates that Internet Archive is conducting and promoting copyright infringement on a massive scale. In scanning and distributing literary works to which it has no legal or contractual rights, IA deliberately misappropriates the intellectual and financial investments of authors and publishers and brazenly ignores the copyright law that Congress enacted.

“IA operates with profound disrespect for the value chain of copyright, in which authors, publishers, bookstores, platforms, educational institutions and libraries work together for the benefit of society, whether during prosperity or a pandemic. One need only look to the generous responses of these partners to the ongoing COVID-19 health and economic crises to appreciate their creative collaborations and shared commitment to connecting readers of all ages to a wonderful diversity of literature, scholarship, and learning solutions.

“Regrettably, it seems clear that Internet Archive intends to bludgeon the legal framework that governs copyright investments and transactions in the modern world. As the complaint outlines, by illegally copying and distributing online a stunning number of literary works each day, IA displays an abandon shared only by the world’s most egregious pirate sites.”

The lawsuit reflects widespread anger among publishers, authors, and the entire creative community regarding IA’s actions and its response to objections. In an open letter to IA and its Board of Directors, the Authors Guild observed,  “You cloak your illegal scanning and distribution of books behind the pretense of magnanimously giving people access to them. But giving away what is not yours is simply stealing, and there is nothing magnanimous about that. Authors and publishers—the rights owners who legally can give their books away—are already working to provide electronic access to books to libraries and the people who need them. We do not need Internet Archive to give our works away for us.”

AAP | The Association of American Publishers represents the leading book, journal, and education publishers in the United States on matters of law and policy, advocating for outcomes that incentivize the publication of creative expression, professional content, and learning solutions. As essential participants in local markets and the global economy, our members invest in and inspire the exchange of ideas, transforming the world we live in one word at a time. Find us online at publishers.org or on Twitter and Instagram at @AmericanPublish.